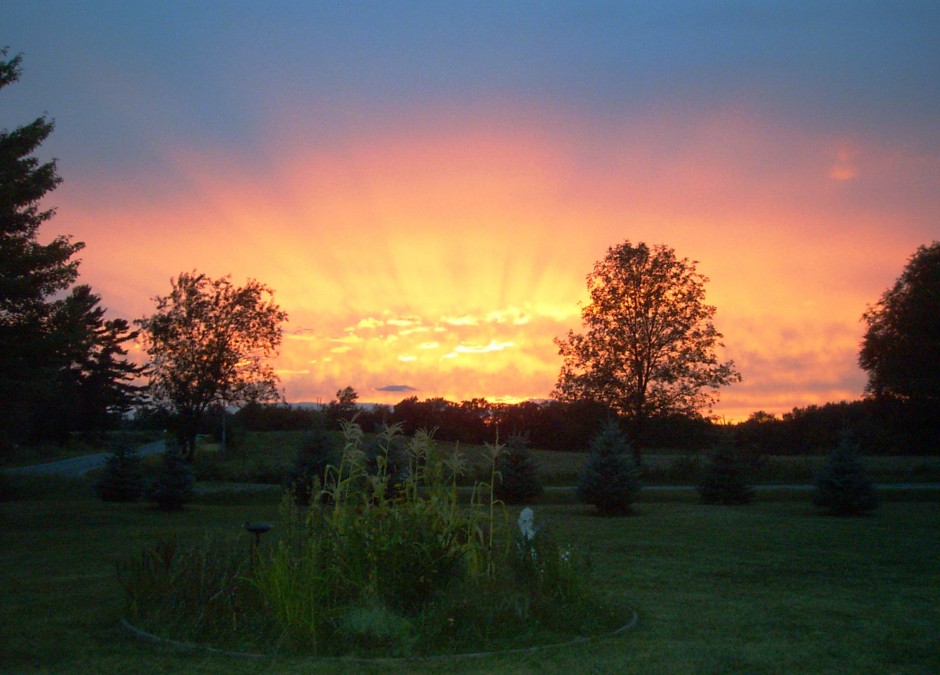 Tales from an organic dairy farmer

The Muse is still on sabbatical, so I decided to post an article I just wrote for the local paper. I hope anyone who’s interested in farming, cooking with fresh foods, or green living in general will support Inga’s project and enjoy watching her shows.

The Witscher Family Produces Shows As Well As Milk

Inga Witscher isn’t Wisconsin-born, but anyone listening to her talk about “the girls”—her herd of sixteen dairy cows—would never guess that she hails from the state of Washington. Inga moved to Wisconsin six years ago after her parents had purchased a small farm south of Osseo; it’s called St. Isidore’s Mead because St. Isidore is the patron saint of farmers.  She describes herself as “the least likely person in the world to become a dairy farmer”; even so, Inga is continuing her family’s tradition by running St. Isidore’s Mead as an organic dairy farm.

Inga had grown up on a dairy farm; however, when she was fifteen, her family sold the cows and converted the farm into a sustainable golf course. When she was eighteen, her father was hired to develop an organic farm and creamery on the outskirts of Washington, D.C. There, the family had heritage-breed livestock and made much of their own food.

Because she enjoyed her work on the family farm, especially the cheese-making, Inga was empowered to purchase her first herd of cows when she received a loan from the Farm Service Agency. Given her lack of experience and money, she honestly hadn’t expected her application to result in more than a polite denial. Instead, the Agency considered her “socially disadvantaged” and determined that she qualified for the loan. She remembers that when she left the building after her interview with the Agency, she was shaking, overwhelmed by the thought that “this is really happening!”

Inga used the loan to purchase a small herd of milking short-horned cows because she wanted to raise a rare breed. She immediately fell in love with dairy farming. “You know how when you find exactly what you’re meant to do in life? That’s how I felt.”

She continued her dairy farming for several years but eventually became overwhelmed and decided to sell her cows. Everything changed when she met Joe, her future husband, while she was working at a shop in Osseo. (The couple was married last summer.) Joe supported Inga’s dream of returning to dairy farming. Although he’d been living in New York and working as a landscape architect, he quickly took to life on the farm. His work there seemed to fulfill the dreams of his grandfather, who had always wanted a farm but was never able to obtain one. Now Joe is living the dream on his grandfather’s behalf: “He loves it!” Inga reported.

Things haven’t always been easy for the couple; like their fellow farmers, Inga and Joe struggled to bring their farm through the drought.  They had started the summer believing they had all their winter hay stocked up, but by July the cows had already started eating it. By September, they were down to five bales. Inga tried frantically to find more hay; most suppliers were out, and the ones who did have hay had doubled or tripled their prices. “I had no idea what to do. I’d never experienced something like that before.  It was really stressful,” Inga said, but added that since panicking wouldn’t help the situation, she decided to have faith that things would work out.

That isn’t to say Inga didn’t take action. She’d long been considering downsizing her herd but had hesitated. The drought forced her hand since she couldn’t feed all her cows. As a result, she sold part of her herd and went to seasonal production. She’s also developing moisture-conservation strategies, like planting hedgerows and improving the soil, so that she can better handle future droughts.

Inga’s faith was rewarded when she eventually obtained all the hay she needed for the remaining cows. “People are so kind,” she says, citing one farmer who told her he’d rather sell his hay locally than truck it out. “I’m going to bake you SO many cookies!” she’d responded.

Despite their drought concerns, Inga and her father had been toying with the notion of creating a show about local farmers. They had sketched out ideas for shows but lacked the technical know-how to actually produce them. Inga’s meeting of Joe resulted in more than romance and a marriage; since Joe is extremely tech-savvy, his appearance in their lives also allowed them to make their dream into a reality.

So far, the family has shot at least twelve episodes of their show, Around the Farm Table, but is still editing them. The project is on top of all of the other work they do—Joe works full-time at Nexstep Energy; Inga runs the farm; and her father just received a cheese-maker’s license. They currently have about five shows finished; each show features different farmers and their products as well as Inga’s demonstrations of farm-fresh cooking. Although only a few finished shows are currently available, Inga reported that “more are on the way. We have lots of ideas; there are just so many wonderful things happening in Wisconsin.”

Around the Farm Table is a labor of love; although its production requires a significant amount of time and effort, she believes the connections are worthwhile. She also loves the chance to talk to farmers. She observed, “There’s something about farming that evokes happy memories in people. Whether they spent twenty minutes on a farm as a child or had a farm, everybody seems to have some happy memory that relates to a farm.”

Now Inga and her family are using their shows to give both farmers and non-farmers a chance to experience that happiness. Anyone interested in farming and farm-to-table cooking can check their website, www.aroundthefarmtable.com, for more information.

Note: If you would like to have your farm featured on Around the Farm Table, or if you have suggestions for the show, please contact Inga via her website or Rebecca White Body at reharris68@hotmail.com.